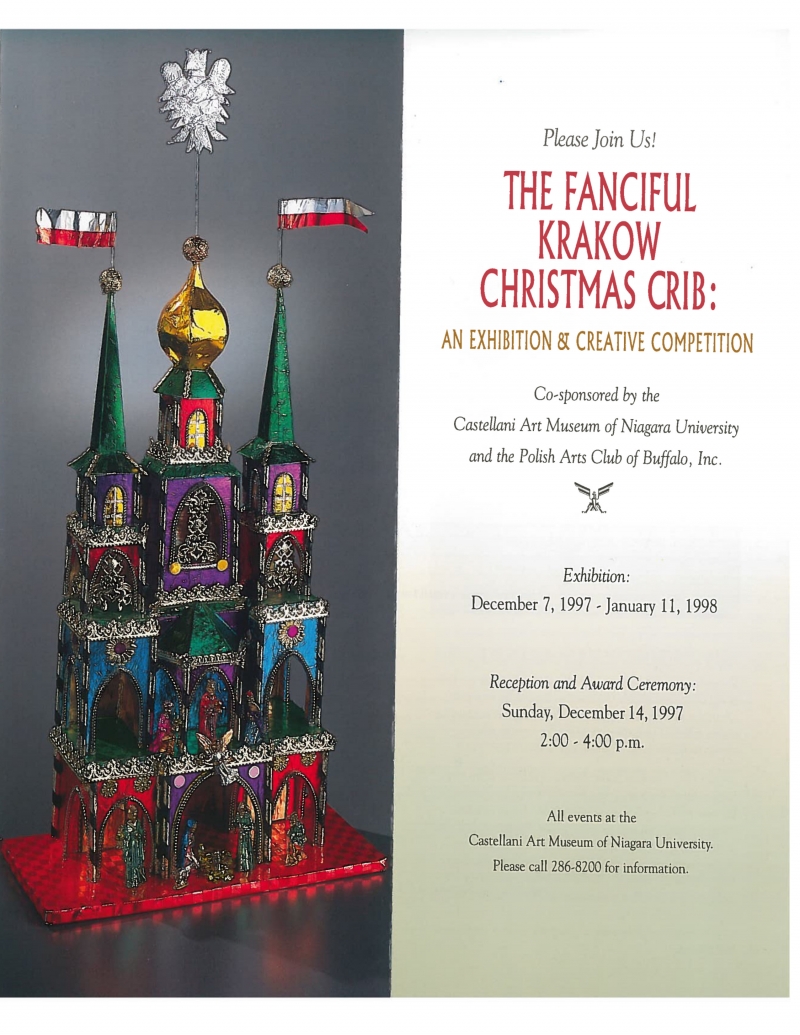 The Krakow Crib is a Polish folk art relatively unique to Krakow, Poland. Rooted in nativity plays, the tradition grew out of bricklayer’s need for extra income in the 1800’s. From there the tradition grew and spread, and it became a Christmas tradition from many of the families in Krakow, with increasingly elaborate designs each year.

Local knowledge of the Krakow Crib can be traced to Polish immigrant Eleonora Korzeniowska, a professor of Polish language and literature at the State University of New York at Buffalo and Buffalo State College (1967-88) and Barbara Frackiewicz (Korzeniowska's niece). Korzeniowska and her family annually created Krakow crib puppet stages for the Polish nativity plays in their community in Massachusetts, and continued the tradition when the family moved to Western New York. Barbara Frackiewicz learned the tradition further from master krakow crib builder Stanislaw Paczynski in 1993, during a trip to Poland.

Judith Krauza and Kate Koperski of The Castellani Art Museum and Barabra Frackiwicz of the Polish Arts Club of Buffalo, Inc. and Korzeniowska’s niece, collaborated to grow this tradition in Western New York. The competition was an echo of one held annually in Poland, and the exhibit served as a way to raise awareness and interest in Krakow Cribs within the local Polish community.

Click here for a digital copy of the catalog.